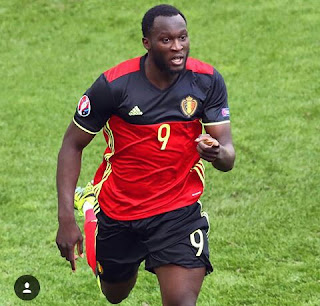 Manchester United have confirmed they have reached an agreement with Everton for Romelu Lukaku.
Tweets from the Premier League club’s official account read: “#MUFC is delighted to announce a fee has been agreed with Everton for the transfer of Romelu Lukaku, subject to a medical & personal terms.
“A further announcement will be made in due course.”
The transfer will reportedly cost United up to £100million . The deal will be worth an initial £75m, plus a further £15m of easily attainable add-ons linked to achievements and appearances.
The Red Devils value Wayne Rooney, who will move the other way as part of the deal, at around £10m, swelling the whole value of the deal on the table to nine figures.
UK Guardian reports that Lukaku has undergone a medical at the UCLA campus in Los Angeles, where he has been on holiday with his friend and future club-mate, Paul Pogba.

About Skulboy 1493 Articles
Am Rasak Yusuf C.E.O/Founder Of Naijagrooves, An Online Promoter,Blogger,Artist Manager, He love to brings you the Nigerian latest Music,News and All Informative Messages On This Medium Connect With Me Via: IG:@Naijagrooves Facebook:@Yusuf Rasak Call:08140551709 or Whatsapp: +2348172023383
Website