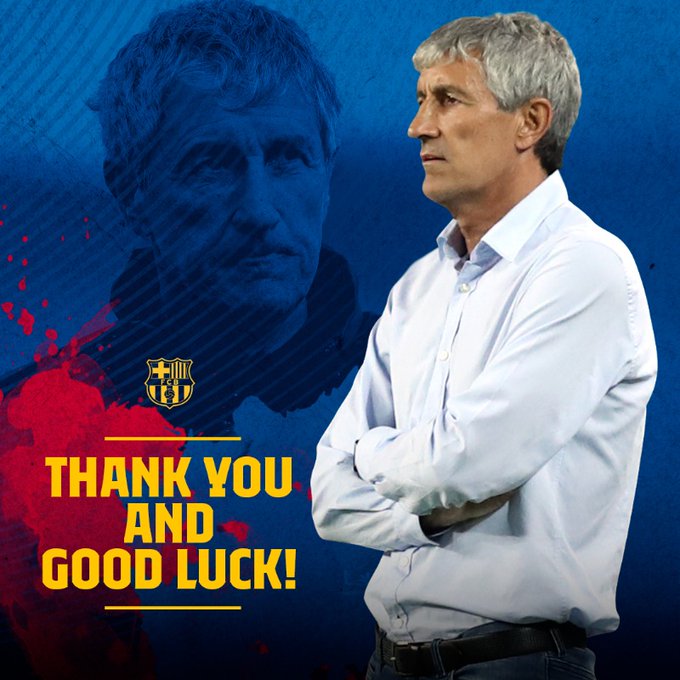 The board of directors after a prolonged meeting today 17th day of August 2020 decided that the coach of FC Barcelona 1st team is now surplus to requirement and won’t be needed any further,

This is coming in light of the 8-2 demolition the club suffered in the hands of the German giants Bayern Munich and would be the first major changes as the Spanish giant tries to get over their underwhelming performance in recent years.

A new manager would be announced shortly.

{SPORT}: Barcelona inform Luis Suárez that he has to leave the club

[SPORT]: We Have To Change Barcelona’s Name If Messi Decides To Leave – Eto’o

Striker Mane Speaks On His New Role In Liverpool